Derek and Blake have already had two soccer games on Saturday so I’ve been able to go to both of them. They can still be a little chilly. They love to play but we need to teach Blake a little humility. He will often say stuff like, “I was the best player today”. It’s even harder to do when some of the parents keep telling him how good he is. Both of them stand out so they are often referred to as “the brothers”. 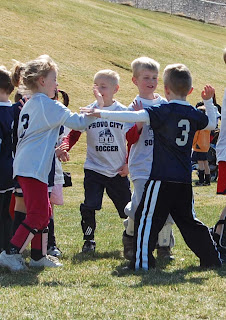 The Hi-five for the other team at the end of the game seems to almost be as fun as the game itself. 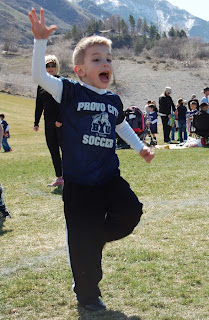 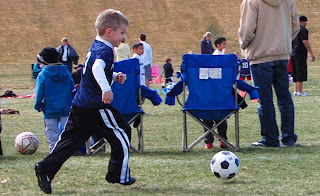 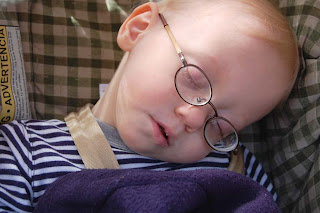 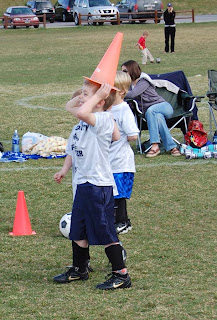 It’s hard to keep them from goofing around during the warm-up. 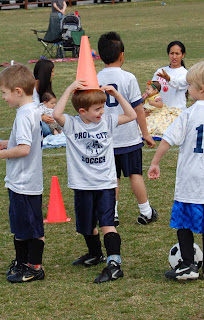 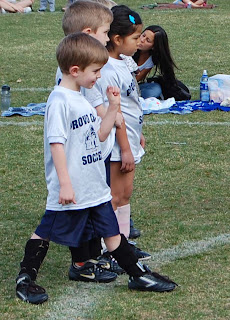 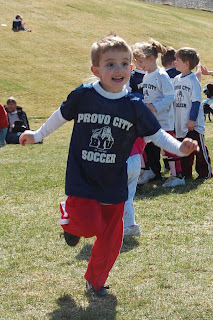 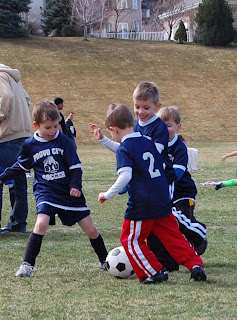 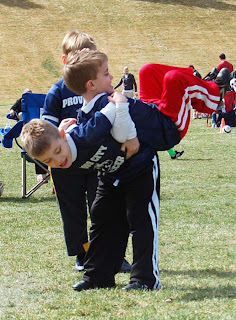 They sometimes get confused between their gymnastics class and soccer games. Blake loves to show off his strength by trying to pick people up. He will often try to lift unsuspecting adults. We are working on that too. 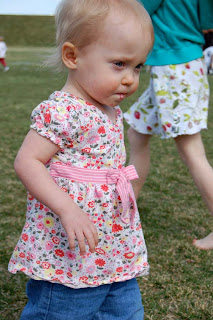 Katelyn doesn’t like to sit still at soccer games. 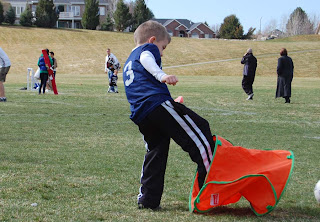 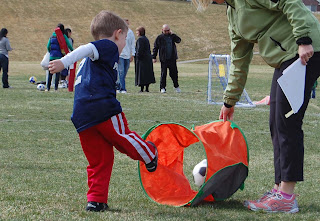 It was daddy day at kindergarten. Derek and Blake are in different classes so Amy and I both went and we swapped half way through. 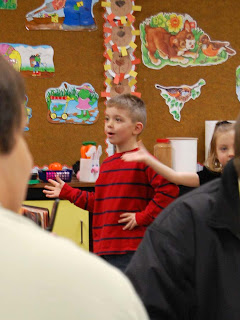 They sung a song called "I think you are wonderful". It was even cuter than it sounds. 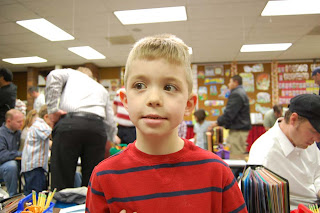 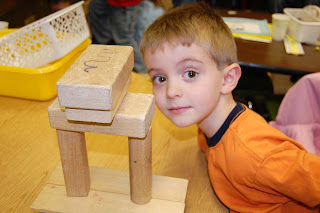 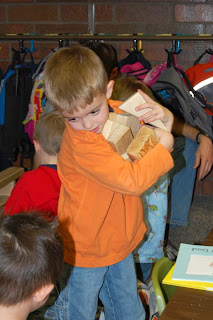 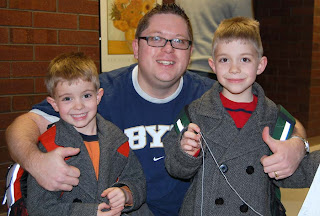