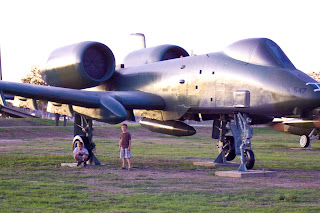 Blake has a huge interest in most things military related. He was very excited that his Grandpa could take him on a military base. We visited two bases during our stay in San Antonio. The second was an Army base. All four kids ran up to the first person they saw dressed in a uniform and attacked him like he was a character at Disneyland. He was gracious and allowed us to take a photo with him. It turned out he was a colonel. 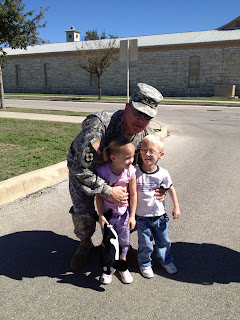 We explained the different branches of the Military and how members of each branch usually felt proud of their particular branch. We were visiting an Army base even though Grandpa wasn't in the Army. Somehow all of that resulted in my kids walking up to people in uniform at the Army base and shouting "Navy Rules"! So embarrassing. 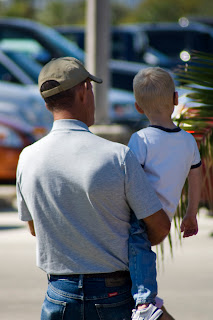 On the base there was an enclosed area with deer, peacocks, and some chickens. Our kids couldn't resist getting as close as they could to the animals and then chasing them when they ran. 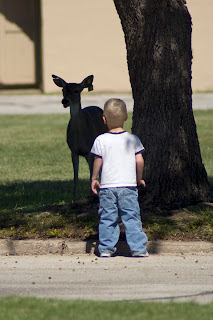 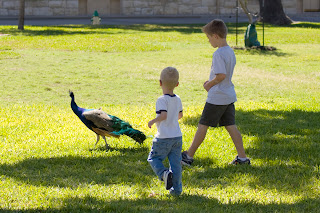 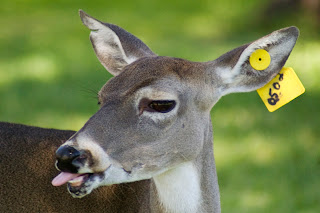 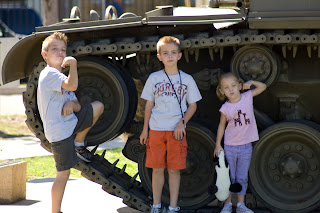 At Outdoor World, Amy also got close to a deer. 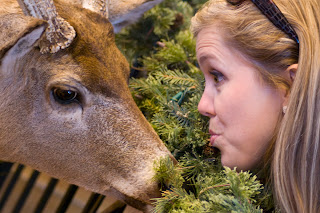 She looks way too comfortable with a gun. 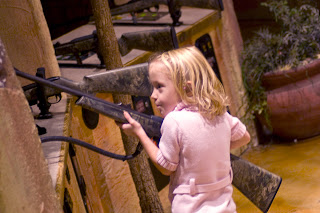