Derek has been playing spring soccer. It's been a little hard for Blake. He choose to play football and take Karate lessons instead of playing soccer. The problem is when he goes to the games he really wants to play. in fact, once when they didn't have any substitutes and Derek got hurt, Blake found his way in the game for a minute.
Derek is a really good soccer play and he ends up scoring most of the goals. I can't help but imagine how good the team would be if they had both Blake and Derek on the team. 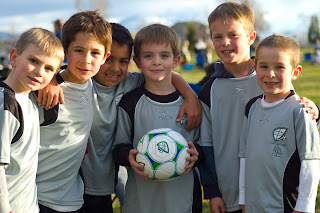 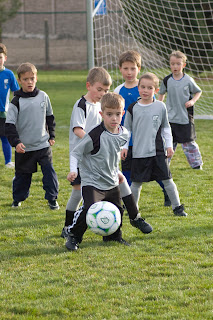 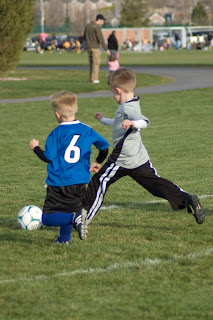 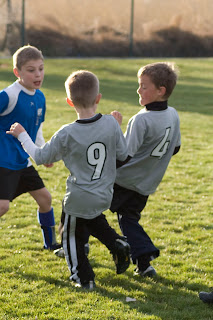 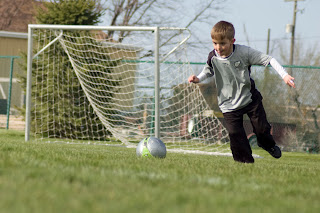 Blake plays around wit the team during half-time. 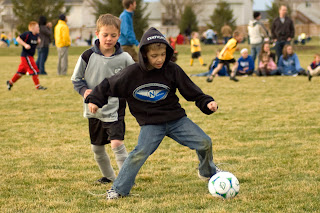 If he can't get in the game, Blake loves stealing my camera and taking pictures. After one of the games we looked over and he arranged a team photo shoot. He gave directions and posed the whole team as if it was team picture day and he was a professional photographer. He seems to know that if you act like your are official, everyone will follow your directions. Here is the photo he took: 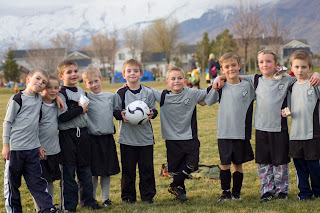 While Derek is playing soccer the rest of the family hangs out. 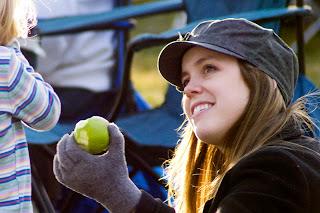 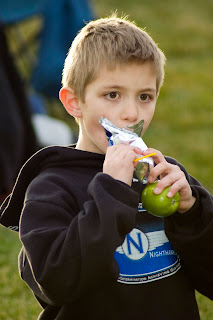 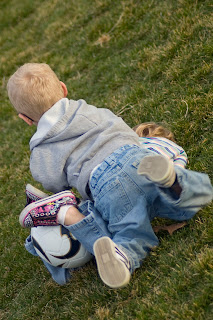 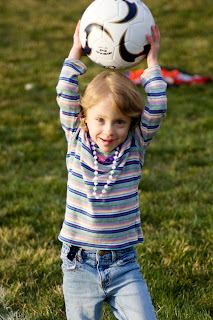 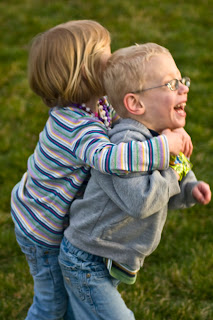 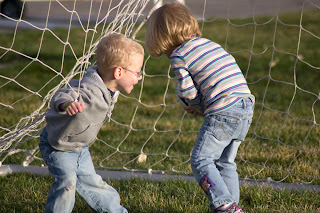 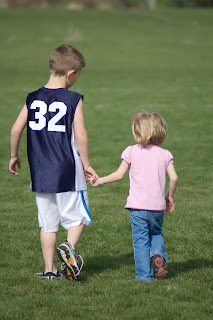 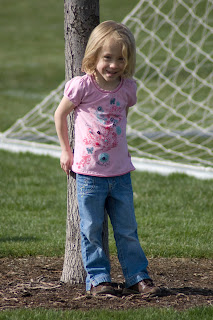 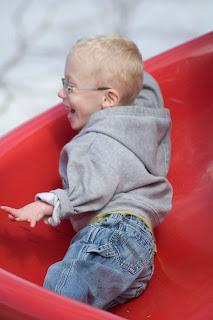 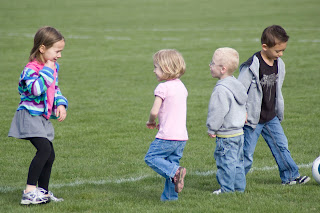 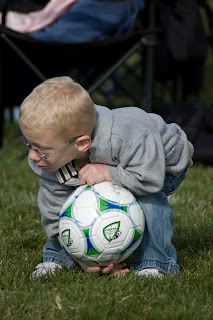