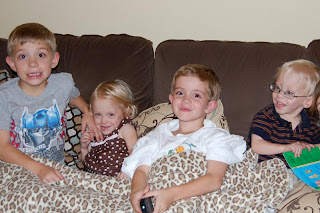 Katelyn wanted to try on the boy’s football helmet. 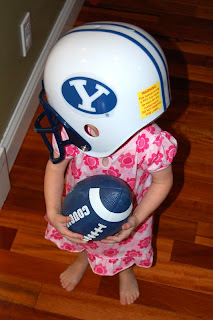 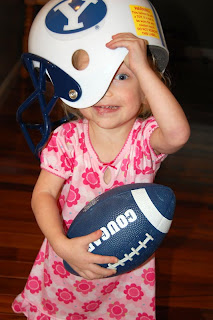 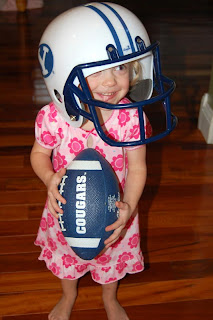 Brandon wanted to try too. 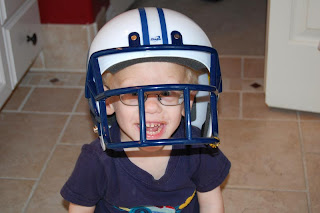 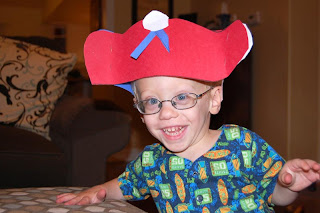 Derek made a hat out of the left-over pieces of a piñata from a recent birthday party. 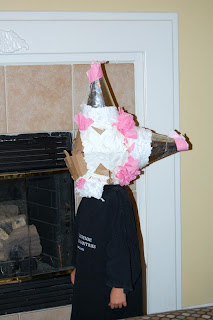 Derek and Blake are the youngest players on their soccer team. They play in a division with 6 & 7 year olds and they just barely make the age cut off. Blake is average sized but Derek is often the smallest kid on the field. However, they both play really well and love to play soccer. They both got their hair colored at a school carnival before the game and they choose their team colors.
Derek got stripes 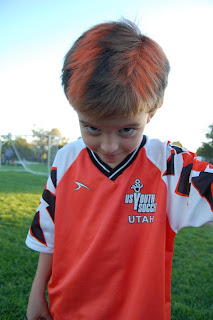 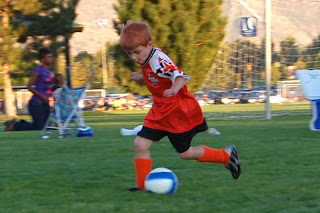 Blake has always been aggressive, competitive and strong so it’s not surprising he does well at soccer. Last year Derek would play well but would often get kicked or hurt. He didn’t handle it well and would often hobble to the sidelines. He still gets hurt but he is really good at jumping up and he keeps going. Now he is usually one of the first to jump in and fight for the ball even if the other kid is twice his size. 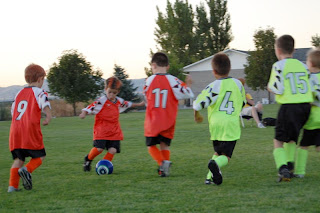 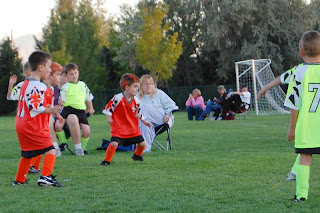 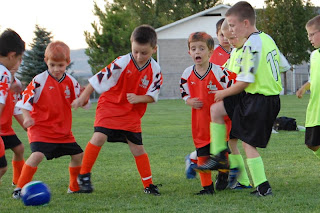 Derek & Blake out in front 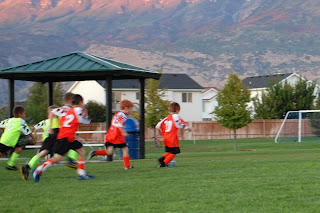 Derek about to score 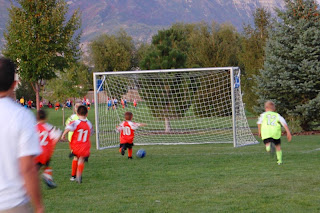 The boys react quite differently when they score a goal. Here Derek scored and he acts a little sheepish about it while Blake goes crazy. We also have to keep Blake’s attention in the game sometimes. He is often giving high-fives to the 12 year old girls watching the game. 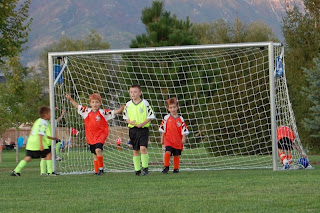 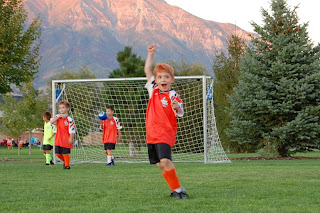 This is what it often looks like from the sidelines of a soccer game. 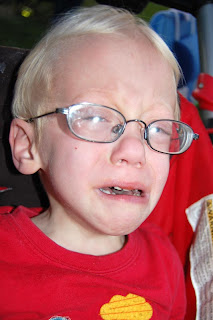 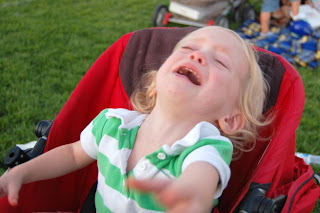