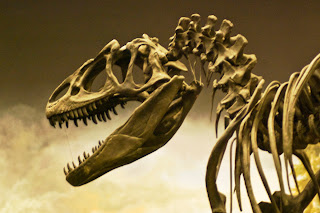 Back in August we made a trip to the Dinosaur Park in Ogden. It was pretty eventful. Blake had an encounter with a bat.

A bat was hanging out  on one of the Dinosaur sculptures and acting weird.  It flew down and landed on a another park visitor nearby. He shook it off and it flew back up and hung on the bottom of one of the Dinosaurs. Of course, Blake was fascinated and we couldn't get him to walk away. He hung out as close to the bat as he could, hoping it would land on him. After a while he got his wish. Amy was pretty freaked out. When I went to brush it off Blake he yelled "take a picture first". A maintenance guy finally caught the bat and took him away.

The biggest problem is that, when we talked to several people later, because the bat was acting so weird,  they suggested, that Blake be seen by a doctor and get a shot. After looking into it, the only place that could give us the shots was the emergency room and the shots would be very expensive. After spending time in the emergency room the doctor did some research and determined that if he didn't have any signs of problems and the bat didn't get near any dangerous areas on his body or Blake didn't show signs of being bit, that he didn't need the shot. 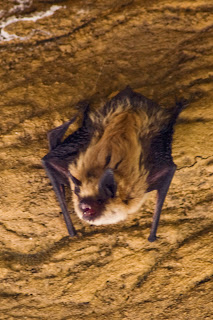 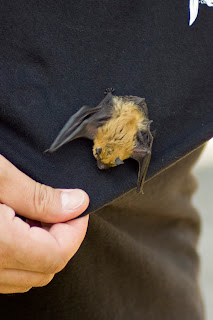 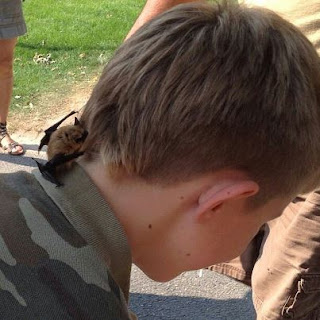 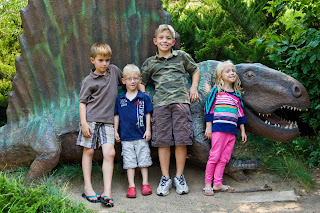 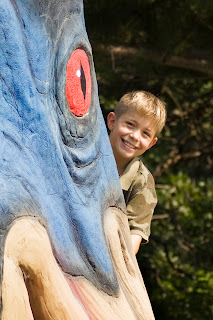 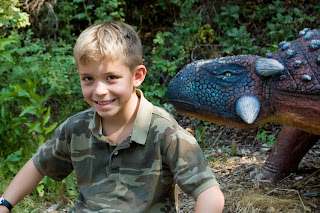 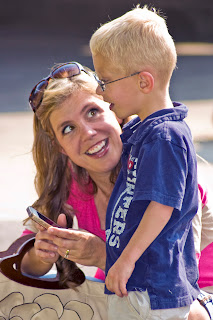 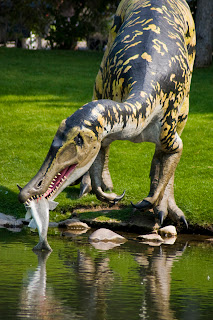 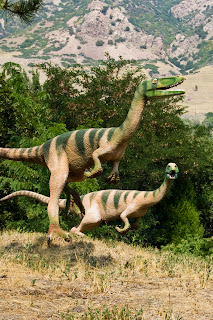 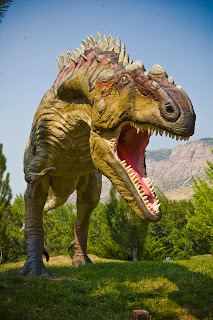 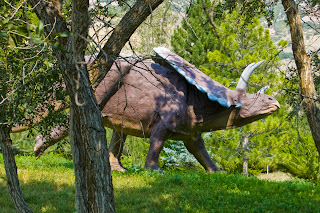 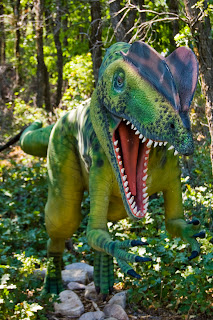 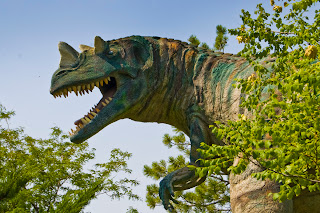 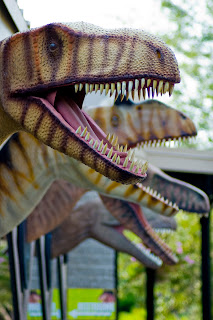 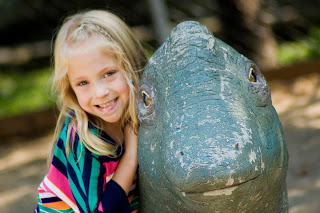 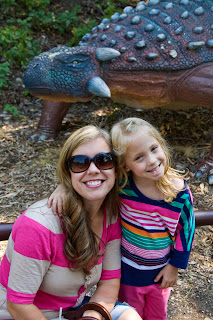