We do lot of the same things over and over. We are constantly posting about soccer. The new aspect of soccer for us is that Brandon and Katelyn had their very firs soccer game last week. They both really had fun.  It will take a while before they really get how to play but they both were super excited to run around and kick the ball. Their jerseys have a BYU logo on them so they are both convinced that they play on the BYU soccer team. 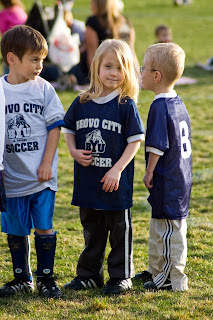 Katelyn might end up making a better cheerleader than soccer player. She played well but she did a lot of cheering and jumping up and down in between playing. 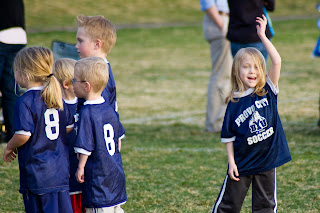 Brandon's smile was huge as he ran around the field. 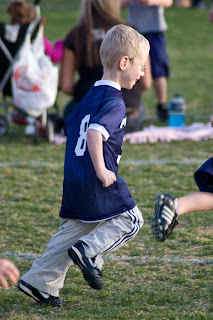 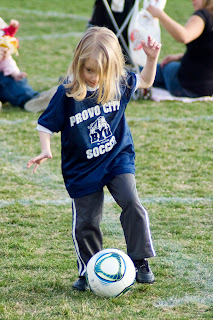 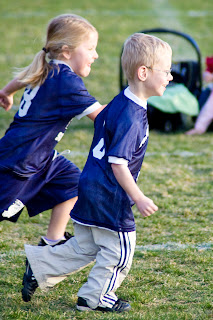 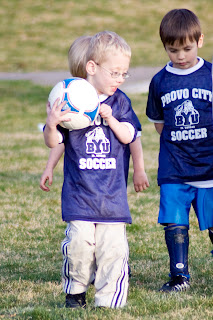 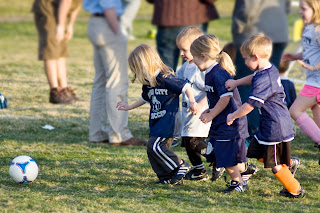 The Popes stopped by an their way home from California. Brandon really likes Jacob. Well really, all our kids like all of the Pope kids. 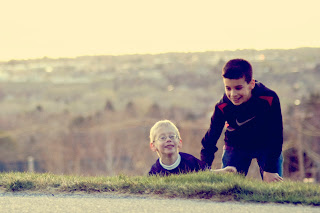 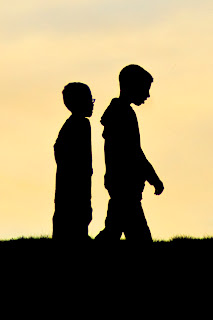 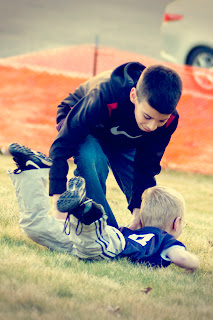 Once again, Blake and Derek played in the semi-annual orchestra concert. Both the boys and the Orchestra are remarkably good for a elementary school orchestra. 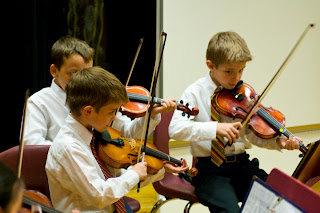 Blake and Derek's soccer continues and it's getting more intense. They are currently 3-0 and in first place and very excited about how well the team is playing but last week a game got a little out of control. Actually, the kids did well. It was the other team's coach and one of our parents that came really close to blows. They had to be broken up by a league official. The mood was pretty intense. The team we were playing was a really good team last season. Our coach had just signed a release to allow one of our good players to transfer to another team but he was lead to believe it was in another age bracket. He showed up to play for this team. The league official stepped in and explained that the paperwork hadn't been processed yet, even though our coach was willing to let him play so he was taken out of the game. In the end we won 6 to 2. so much drama for a young kids soccer game. 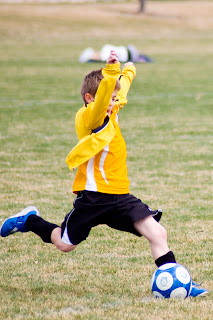 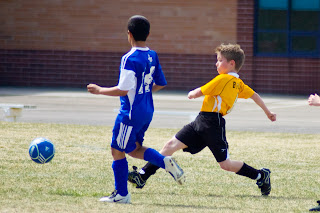 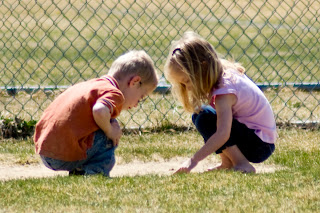 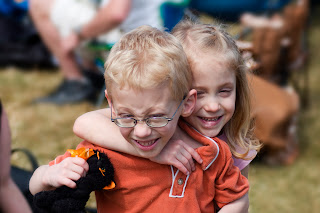 Blake and Derek wanted to play around with a couple of photo tricks. 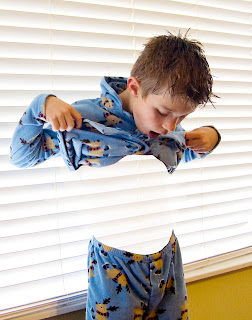 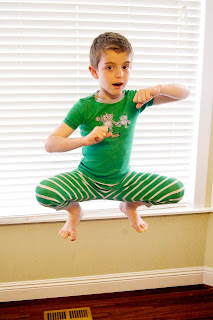