We had a really fun Labor Day weekend. We surprised the kids with spending the night in Park City. Later we ended up spending time with our good friends the Sinemas. We spent the day at a cabin up the canyon where we did a lot of fun stuff in a short period of time. I didn't get a shot of the five snakes the kids caught. 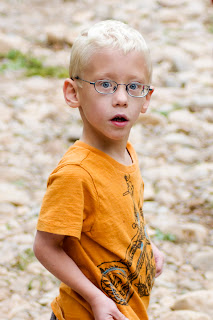 Playing with the Caterpillar. 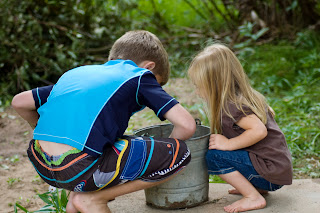 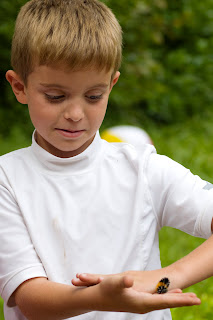 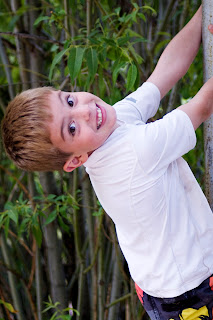 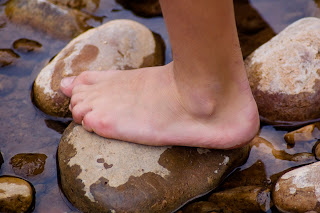 Blake and Derek shot a real gun for the first time. 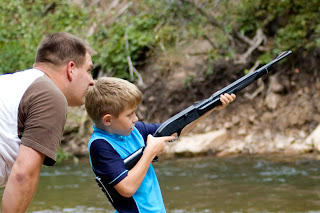 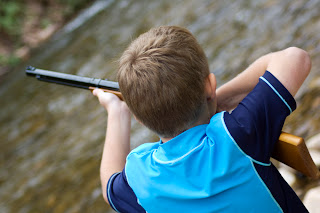 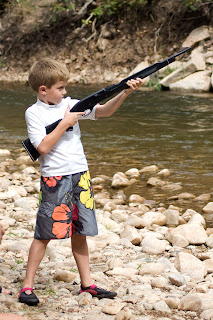 Katelyn ran around in her bathing suit and her new sweater. She also managed to get pretty banged up. She fell and re-injured her head. The almost-healed goose egg looked really bad. 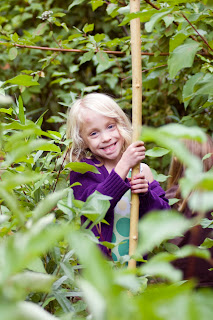 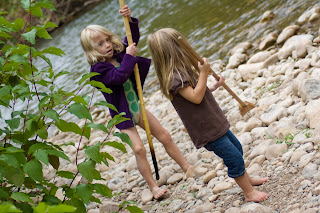 We floated down the river on tubes, starting at the cabin and then jumping out at a nearby bridge. 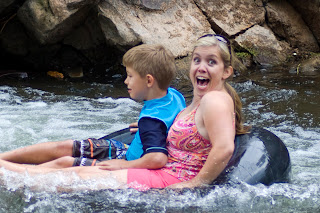 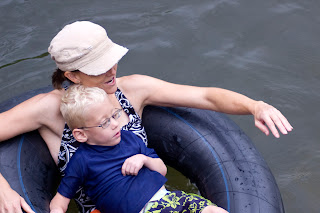 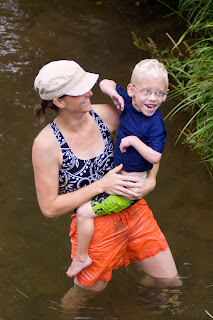 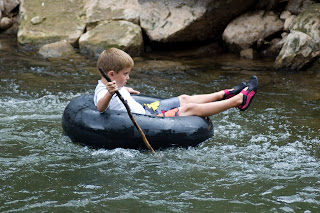 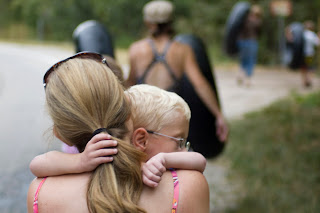 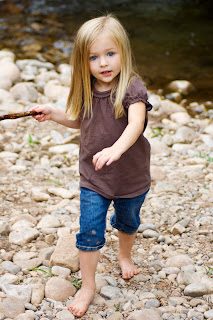 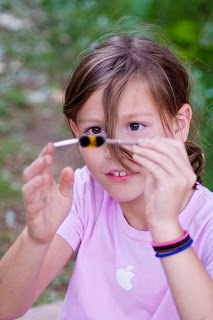 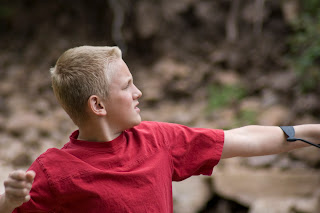 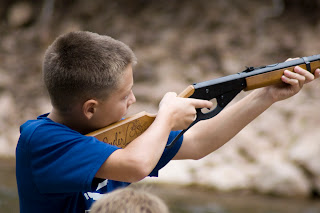