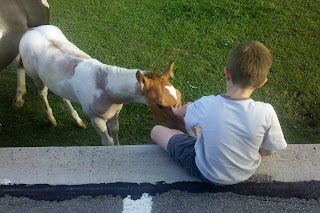 Derek petting the foal in the field next to Brent's work. 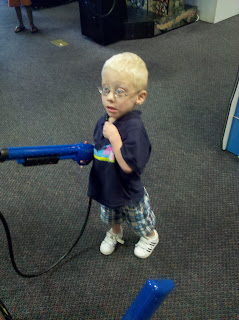 Brandon playing at Chuck E Cheese on his birthday. 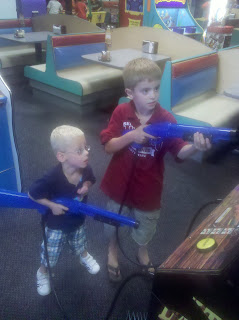 Derek showing him how its done! 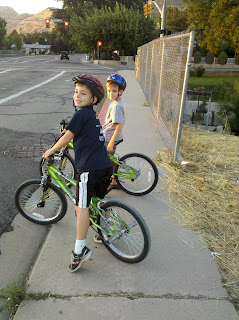 Our first family bike ride - all six of us. Its been really fun having a bike trailer. I wish we could have used it more, but there's still fall. 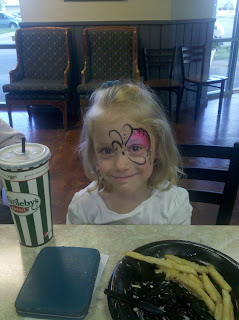 Katelyn after getting her face painted at our dentists' summer party. Its always something my kids look forward to because for some weird reason, they always win prizes. They aren't small events, and my kids aren't usually lucky but they have an amazing track record with these parties! 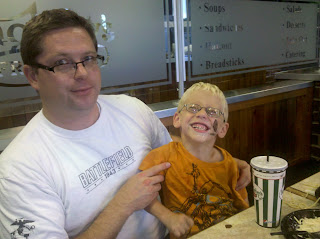 Brandon has a football. 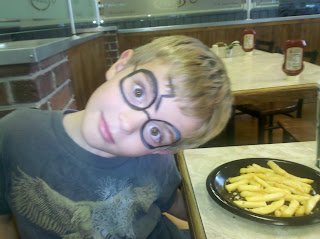 Derek kept his for the next day and was surprised how many people stared at him in Costco. Blake washed his off as soon as we got to the restaurant. It was irritating his skin. 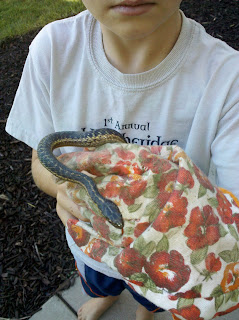 We've had an unusual number of snakes in our backyard this year. In this picture Derek's wearing a glove because this snake had just bitten Blake. I wasn't there but I heard that if we'd had a video going we could've made bank! 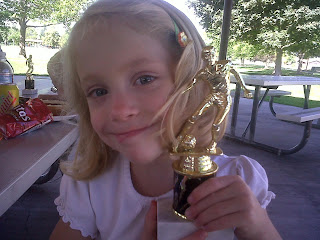 Katelyn holding a trophy she got a soccer clinic. A wonderful young Eagle Scout candidate organized a really fun soccer clinic for Now I Can kids. It was really fun and I just loved that he had come up with such a wonderful project. I wish I had gotten a picture of the kids with him. They felt so special because of his efforts. 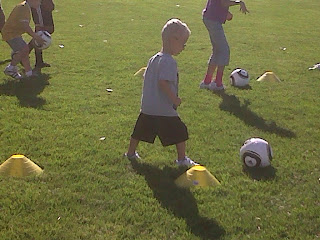 Brandon practicing at the clinic. 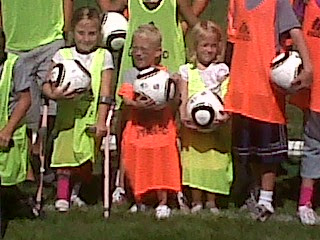 This is a terrible phone picture but its Katelyn and Brandon standing with our friend Saylor after the "scrimmage" - another event I wish I'd had a video camera going for. It was so funny but the kids had a blast. 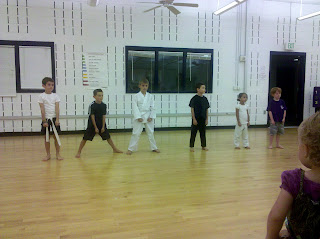 Blake during his yellow stripe belt test. He loves Karate (and so does Brandon who
regularly tells people that he and Blake take karate). 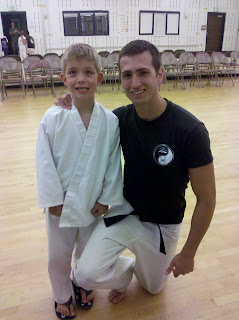 Blake with his teacher - Sensei Beau
Posted by Brent Fox at 9:09 AM